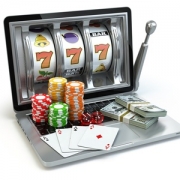 The KSA is the country’s independent gambling authority, and since it was founded in 2012, it has supervised legal gambling in the Kingdom of Netherlands. The KSA implements national gambling policy, enforcing the Betting and Gaming Act of 1964 and any other legislation dealing with gambling both online and in-person.

On the 19th of February 2019, the Dutch Senate voted to approve the Remote Gambling Act. This Act will start to be implemented by the KSA come 2021 and will pave the way for legal online gambling in the Netherlands.

This Act will allow gambling operators to apply for a licence within the Netherlands, letting them accept Dutch players provided they pass strict checks and comply with regulations. This will mean both Netherlands based gambling brands and international gambling companies will be able to set up shop within the country.

There are still several months left to go before the Remote Gambling Act comes into effect, but the KSA has already signed agreements between other national gambling authorities. So far, the KSA has partnered with the Malta Gaming Authority, Swedish Gambling Regulator and the French National Gaming Authority.

The agreements between these regulators allow them to share information, discuss potential changes to policies and help improve regulations for the betterment of the industry. The KSA has also recently stepped up its efforts to combat illegal gambling, issuing fines to providers who have broken regulations. In 2019, the gambling authority collected €3.5 million in fines, a sharp increase from the total of €1.9 million in 2018.

While the Remote gambling Act hasn’t come into effect just yet, there are already several Dutch and International gambling brands eyeing up the Dutch market. When the legislation was first passed back in 2019, Dutch gambling companies started preparing for how the law would affect them. Many companies also moved their businesses to Malta, as the new laws will mean that Maltese based companies will also be able to operate within the Netherlands.

In June 2019, the KSA announced it would be taking registrations from companies looking to get a licence to operate in the Netherlands. So far, 79 different gambling brands have applied, meaning that Dutch players can look forward to a lot of variety when licences are processed and awarded in 2021.

How Will the New Laws Affect Players and Operators?

Overall, the future’s looking bright for online gambling in the Netherlands. The KSA has already set out clear guidelines and regulations for operators to follow come 2021 and Dutch players will finally be able to enjoy online gambling safely. It’s not known exactly what the results will be, but the KSA appear to be doing everything right to set up the successful implementation of the Gambling Act.

Want to join the discussion?
Feel free to contribute!

Our team will be happy to assist you to form most suitable corporate, banking structure and gaming licensing needs for you  throughout our wide network of banks, payment processors and gaming regulators

The opinions expressed on this page are the views of the author(s) and do not necessarily reflect the views of GBO International Financial Services (“GBO”). Responsibility for the information and opinions expressed lies entirely with the author(s). We make no representations or warranties of any kind, express or implied, about the completeness, accuracy, reliability, suitability or availability with respect to the information, products, services, or related graphics contained on this page for any purpose. Any reliance you place on such information is strictly at your own risk. In no event will we be liable for any loss or damage including without limitation, indirect or consequential loss or damage, or any loss or damage whatsoever arising from loss of data or profits arising out of, or in connection with, the use of this website and/or reliance on any content contained therein GBO does not provide any tax consultation and the information provided should not be seen as a substitute for professional consultation with the appropriate experts. We do not take responsibility for any harm caused as a result of using the information provided herein. All the information provided on this site is general and is not intended to pose a particular opinion and/or be seen as legal advice. You may not duplicate, copy, photograph, record, translate or transmit any of the material on this site without the written permission of the site owners. Please read our Terms of Service. Please read our Terms and Service and our Privacy Policy and our Cookies Policy.

We may request cookies to be set on your device. We use cookies to let us know when you visit our websites, how you interact with us, to enrich your user experience, and to customize your relationship with our website.

Click on the different category headings to find out more. You can also change some of your preferences. Note that blocking some types of cookies may impact your experience on our websites and the services we are able to offer.

These cookies are strictly necessary to provide you with services available through our website and to use some of its features.

Because these cookies are strictly necessary to deliver the website, refuseing them will have impact how our site functions. You always can block or delete cookies by changing your browser settings and force blocking all cookies on this website. But this will always prompt you to accept/refuse cookies when revisiting our site.

We fully respect if you want to refuse cookies but to avoid asking you again and again kindly allow us to store a cookie for that. You are free to opt out any time or opt in for other cookies to get a better experience. If you refuse cookies we will remove all set cookies in our domain.

We provide you with a list of stored cookies on your computer in our domain so you can check what we stored. Due to security reasons we are not able to show or modify cookies from other domains. You can check these in your browser security settings.

These cookies collect information that is used either in aggregate form to help us understand how our website is being used or how effective our marketing campaigns are, or to help us customize our website and application for you in order to enhance your experience.

If you do not want that we track your visit to our site you can disable tracking in your browser here:

We also use different external services like Google Webfonts, Google Maps, and external Video providers. Since these providers may collect personal data like your IP address we allow you to block them here. Please be aware that this might heavily reduce the functionality and appearance of our site. Changes will take effect once you reload the page.

The following cookies are also needed - You can choose if you want to allow them: